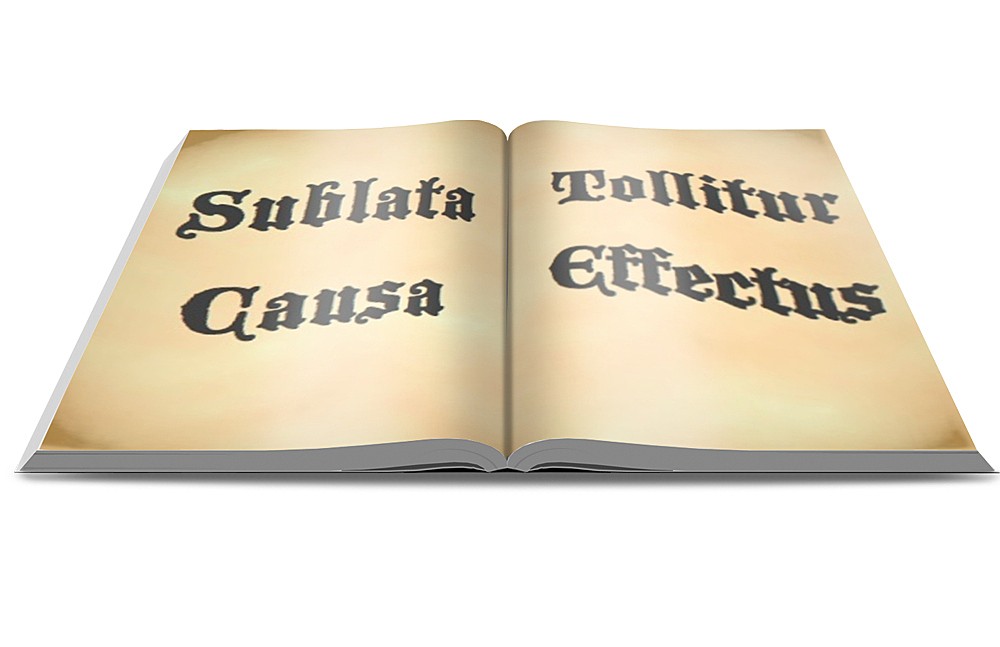 “Sublata Causa Tollitur Effectus” occupies my office whiteboard. While some mistake it for a Harry Potter magic spell, it’s just a Latin phrase I found in a book that – while not magical – has the potential, if understood correctly, to be truly transformational: “The effect will leave when the cause is removed.”

Simple. Succinct. And, in my opinion, brilliant.

It nicely sums up the chiropractic philosophy in a tight package. But the degree to which it fulfills this ability depends on how you interpret chiropractic.

When deciphering this phrase, it’s easy to substitute the word “symptom” for “effect”: “The symptom will leave when the cause is removed.”

Yes and no. Focus on the “cause” aspect for a moment. Is the cause of a symptom, such as a headache, the body exhibiting a deficiency in pain medication? Not likely. If you are familiar with chiropractic, you might be quick to label the nerve-pinching spinal misalignment (known as a subluxation) as the cause. The Latin puzzle is thus defined: “The headache will leave when the subluxation in the neck is removed.”

It sounds goods, and the definition may make sense, but it’s NOT chiropractic.

While this mindset is more natural in its approach (which is a good thing) it uses chiropractic methods to essentially PRACTICE MEDICINE. The chiropractor merely becomes an Advil with arms: “Take two adjustments and call me in the morning.”

It’s only when we look at this phrase differently by stepping back from our pre-programmed, marketing-ladened, tradition-steeped, societal-norm, default starting points that the true meaning begins to reveal itself.

Our misstep began at the start when we zeroed in on the “effect.” For we were treating the effect rather than caring for the cause.

The Cause of Health

What causes health? Most are quick to answer eating right, exercising, getting adequate sleep — all great for PROMOTING health, but they do not CAUSE it.

Ironically, what causes health is not something that we DO … but rather something that is DONE. We all have within us an intelligence that causes our heart to beat, food to digest, and body to heal. All these things are done without any educated effort on our part. When this Innate Intelligence, as we chiropractors call it, is connected and flowing freely through the nervous system in a coordinated effort, health is our natural state. THAT’S chiropractic.

The degree to which our health is expressed falls largely on the shoulders of the lifestyle choices we make. But the moment our system succumbs to the barrage of daily physical, emotional, and chemical stresses, nerve-interfering spinal subluxations set in and the coordination of the Innate Intelligence is compromised. And from that point on – unless and until coordination is restored – all of our health promoting efforts will fall frustratingly short. This is why so many people are plugging into the chiropractic lifestyle.

So now, “sublata causa tollitur effectus” is not just a Latin phrase in a book, but a newfound, and profound, dictum of life: “When the coordination of the Innate Intelligence is removed, health will leave.” It’s up to you to keep it plugged in.

source used for this article: